Well you need code that can read and write to userland mem.. Not my place to give out, keep an eye out for a future release."

Developer Wildcard has found a solution to fix the error CE-32875-5 on Firmware 1.76. Not many PS4 consoles are affected by this error but if you have a 1.76 PS4 and can’t run any Game, you can use the ShellCore Patch from Wildcard to fix the error temporary.

You have to send the file after every restart with ELF Loader, bevore you can launch the Game. Use the local Playground if you have trouble with the ELF Loader of the Custom WebKit Playground.
Also from @sealab in the Shoutbox on the fix, to paraphrase: "That offset is correct, but I don't see the point in patching it. The 0x462509 patch I mean... all it's doing is breaking a code path where it checks if the executable is a ELF or if it's a SELF, so if it's neither it says it's still valid."
Cheers to @raedoob, @ash721, @B7U3 C50SS and @spyro2670 for the news tip in the PSXHAX Shoutbox! 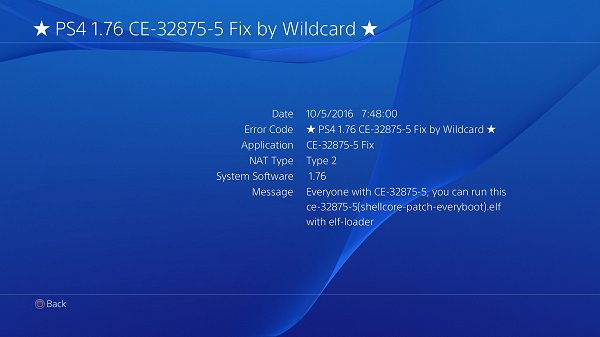 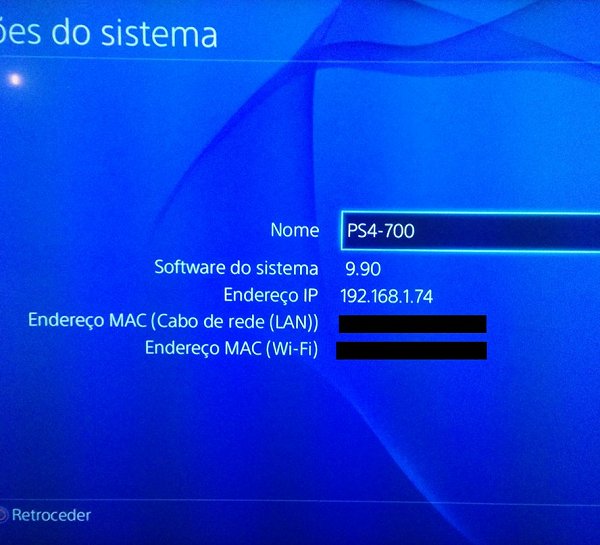 Senior Member
Contributor
Can you dump this firmware for installation on another console ?

Staff Member
Moderator
Verified
Think of it as modded realtime code ran on a jailbroken PS4 1.76 console, if a payload is released other 1.76 owners can run it but higher than that will probably have to wait until a newer jailbreak becomes public like the Dlclose Exploit.

Senior Member
Contributor
This is impossible...

Senior Member
Contributor
Verified
So he said there's a way to "fix" my dreaded issue lol, can someone smarter than me explain what "For those with the dreaded CE-32875-5... try base + 0x462509 of sceShellCore write 1 byte of 0x00... end of nightmares.

Well you need code that can read and write to userland mem.. Not my place to give out, keep an eye out for a future release." actually means cause I'm old and "writing" implies I need a keyboard or a pen and paper to write whatever it is that I need and I'm hoping someone can tell me where I can send whatever information to whomever?

I fear not the pen when I need to write to my congressman my PS4 will be that much easier!

abzii said:
Sooo no way for us noobs to get it implemented
Click to expand...

Is there any update on this hack?? Tutorial may be? Please?

SigobaraIgopipa said:
Is there any update on this hack?? Tutorial may be? Please?
Click to expand...

Member
Contributor
Verified
Now that they have Linux running on 4.05 and everyone says not to update I was wondering about the possibility of version spoofing. I know that there is no webkit exploit released for 4.05 yet, but when it is, will we be able to spoof firmware to go online?

I am currently on PS4 Pro 4.01 and want to try Until Dawn but version 1.0 is a mess with a lot of gamestopping bugs, so I would like to download the 11 GB patch.

Staff Member
Moderator
Verified
I merged your post into the ongoing PS4 spoof thread... while we await something like this to surface publicly another option may be when @RedEyeX32 releases his source code if someone else who's talented picks it up