As expected the PlayStation 4 NEO will not be unveiled during the PlayStation Live Press Conference at E3 2016, however, in the Financial Times interview he did confirm that there won't be any premium 'Neo' games and all current-gen games will run on both the current PlayStation 4 and UltraHD remake of the PS4 console.

To quote from Sony Executive Andrew House: "It is intended to sit alongside and complement the standard PS4," House told FT, "we will be selling both [versions] through the life cycle."

If you haven't done so yet, feel free to cast your vote in our PS4 NEO Poll on whether you'd be interested in a PS4K upgrade or not! 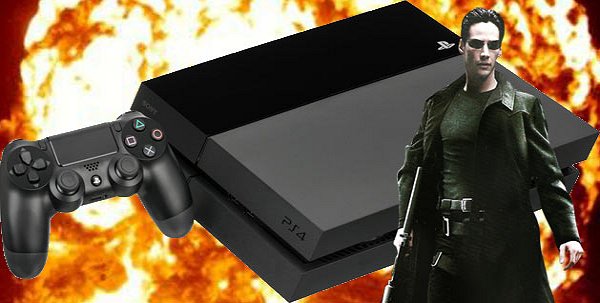 Senior Member
Contributor
Verified
Most consoles lasts only 3-4 years until it dies maybe the bd doesnt read discs anymore or the console doesnt start....and it is all planned from the console companies...

and its no problem to develope better quality...i see it on the pc never had so much problems with it they run and run and run without broke after the guaranty....

Developer
Senior Member
Contributor
First off all the holes on one system are also available on the next sure they can change encryption keys n how it runs by different sequence but nomatter what ssl will always be there I have known of it for yrs and used it since n it's not the only one neither.

It's nice to see inhancements on systems but a simple update can do this so y tell ppl it can't probably same reason y it's amd n it's power system oh it's radeon but it's using cuda which supports 4k same patterns as always all hidden behind lies.

Member
Contributor
I'm just going to throw in information, that you may not know.

PS4 'NEO' will support recording and streaming in cap of 1080p for all games. The feature was the first goal with the NEO because of users complaining that there streams were capped at 720p.

Senior Member
Contributor
Even some games look like 720p native scaled to 1080p.

mcmrc1 said:
Most consoles lasts only 3-4 years until it dies maybe the bd doesnt read discs anymore or the console doesnt start....and it is all planned from the console companies...

and its no problem to develope better quality...i see it on the pc never had so much problems with it they run and run and run without broke after the guaranty....

so if sony sells all 3 years a new console you know your old console will break after the release ^^
Click to expand...

Developer
Senior Member
Contributor
First off how many end users have compared 1080p with 720p? I have and not with upscaling. A 1080p video native I found it looks grainy around the boarders then 720p when you look at it sure the picture ratio is smaller but any1 notice I has a cleaner look?
This seems so much like a Sale technique strategy so bad just to make money for a new system when realy the old one being sold can already do things end users aren't aware of.