Sony Rumored to Unveil PS5 at PlayStation Meeting on February 12, 2020

Yesterday we saw the first PS5 DevKit Prototype Images, and although Sony confirmed the PlayStation 5 will launch during the Holiday 2020 season they haven't announced an official PS5 unveiling date thus far.

According to a topic by esTowj on 4Chan (now removed) who claims to have access to internal memos, Sony is rumored to unveil the retail PS5 console at a PlayStation Meeting scheduled for February 12, 2020.

To quote from his original topic on the Tor Dark Web Onion Mirror via RolkJin: "A new PlayStation Meeting 2020 coming February 12th, dedicated to PS5

The final planning of the PlayStation Meeting 2020, and the details of the event with the company's marketing team and the general planning and organization of this event (which began during the first company meeting in June 2019), have not yet been completed.

However a date for this event has already been identified internally as a result of the last company meeting, and this has given way to start the initial preparations for the final details of the event, starting with the sending of numerous invitations to some of the biggest software houses, including Activision, Square Enix, Ubisoft, EA, etc.

The event is currently scheduled for 12 February 2020, and the presentation will aim to present the future of Sony PlayStation to the whole world, with the revelation of the company's new console, PlayStation 5.

In order to get a greater impact of value on the market, Sony's marketing leaders have demanded much stronger support for its two main flagship software for fiscal year 2020, The Last of Us Part 2 and Ghost of Tsushima in order to fully exploit this great event, and also by virtue of the large financial investments made by the company to guarantee the best possible performance of the two games, especially on the new generation console. Investments that have also extended to the new fiscal year in progress.

Furthermore, new investments have been made also in the VR sector of the company, also following the excellent results obtained in the last months after the numerous tests carried out on the new PSVR 2 prototype.

And the top management of the marketing team started planning official consultations on the official marketing presentation of the new Sony PSVR 2 device before the start of fiscal year 2021."

With a Fall 2020 launch the alleged meeting's time frame sounds about right, but here's to hoping some retail PS5 pictures leak beforehand like they did with PlayStation 4 Slim... perhaps from CES 2020 which runs from January 7th through January 10th, 2020. 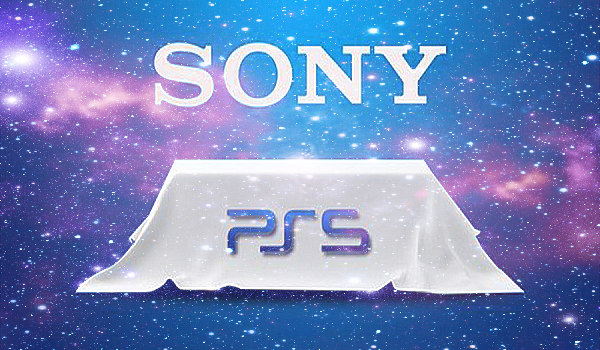 Member
Contributor
Verified
I am hoping that the PlayStation 5 doesn't look the dev kit prototype, which of course, it mostly likely won't since it is just a prototype.

Member
Contributor
I hope Sony will do something innovative in PS5 as they did in PS3.

Member
Contributor
Well, I won't mind if they use the prototype. The cooling and ventilation system looks wicked.

Member
Contributor
Verified
I wonder why Sony is so damn quick to release the PS5, maybe this rumor is all bs to begin with..

Member
Contributor
They are releasing it sooner, because of stadia and Xbox are running in the race as well, so sony has to be step ahead.