To quote from the Unreal PT release page: What is Unreal PT

Unreal PT is a short psychological horror game, completely recreating the atmosphere and gameplay of the PT originally published on the PlayStation 4.

About the Making of Unreal PT

Unreal PT was under constant development over the course of 9 months, starting in April 2018 and ending in January 2019. Textures, models, animations, gameplay, and code have been recreated from scratch (more details on this in the development logs).
Specs/Technical

Performance: The game has been optimized; however, there are graphics options to help further increase performance if you have a less powerful GPU.

Additional Notes: The gameplay is nearly identical to the original. The biggest difference is the very end of the game has been changed slightly to make beating it more consistent. The controls are explained as the game progresses, but if you get stuck at any point I've included two text files in the main directory, one with the controls, the other with a guide on how to beat the game.

I've been looking through forums, and it looks like VR is completely busted and has multiple issues. You are welcome to try it, but I don't recommend it.

NOTE: The game will automatically start in VR mode if you have a VR headset connected.

I hope you guys enjoy playing this as much as I loved making it!

Unzip the download to your preferred location. Once that is done, go into it and launch PT_2.exe 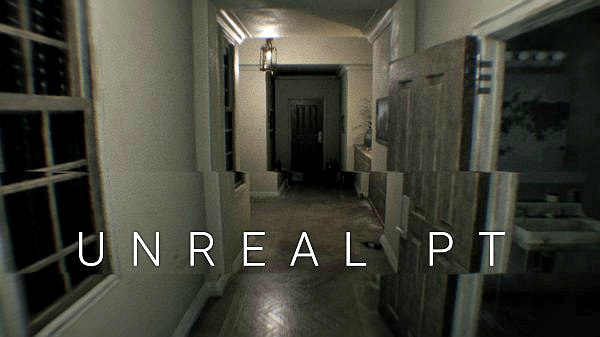 Senior Member
Contributor
Verified
too bad that PT was never completed. it would have been awesome

Senior Member
Contributor
Verified
which one should we play? ps4 or pc

Senior Member
Contributor
Verified
If you are on jailbreak, then ps version definitely....

If not, pc is your only option

Developer
Senior Member
Contributor
Verified
Time to hook my PSVR up to my PC...

Member
Contributor
Verified
Also guys if you want to lock your fps at 60 (or whatever fps you want) press the ~ key twice to open a full command window and type "t.MaxFPS=60". It helps put less stress on your graphics card.

Member
Contributor
Verified
@Jakeeenator can you bring resolution and some effects down with this, because I want to know is it possible to run this on my old integrated intel hd3000 card?