To quote from LizZo on their latest PS3 Custom Firmware release, roughly translated:

As always, we do our job for the community, releasing the Cybermodding Custom Firmware, the good old FERROX. Here we are to present you the new CFW FERROX 4.86, with integrated COBRA 8.20 functions.

We know that developer Aldo Vargas is working on a new version of COBRA, so it is not excluded that there will be other revisions of our FERROX too. Speaking of the CFW in question. There are no improvements in the system. It is practically equal to 4.85.

FEATURES OF THE CFW:
The tests were performed on both NOR and NAND consoles, and as always our FERROX can be considered very stable. You can easily update from any CFW. Homebrews that worked on 4.85 will also work on 4.86, except for some apps like SEN Enabler that need to be updated to support the new firmware. All the others are functional.

TESTED:
THANK YOU!!! We always thank our friend and developer @Alexanderss.

INSTALLING THE CFW
From XMB
From Recovery 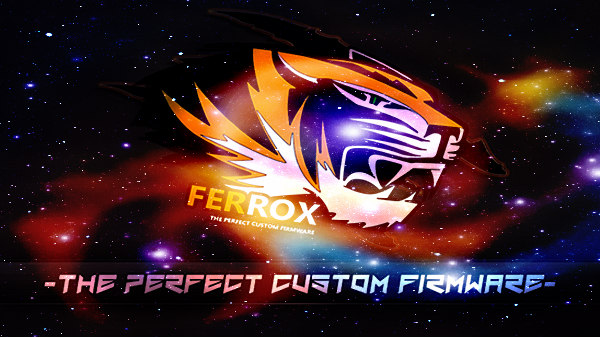 Senior Member
Contributor
Test on my ps3 2501 work , thank you

Member
Contributor
Verified
Hoping that a ps4 cfw will be released soon, I'm still on 5.55!

Contributor
Hello, ask a question how to remove the demo mode ps3 4.86

Staff Member
Moderator
Verified
You can try the 4.8x Unlock Code or wait for someone to make a PS3 Demo / Kiosk / Shop Firmware Reverter.. as we run across one it'll be added to the ongoing thread.

Contributor
This CFW has SEN Enabler already built in or do we have to install ?
Prime question ... Can i use PSN Online ?
Please help, a noob here !