Just over a month ago Sony released a PS4 OFW 6.71 Update followed by a few 6.80 Beta Updates for those in their PlayStation Preview Program, and today another PS4 System Software / Firmware 6.72 update went live with the changelog stating only "This system software update improves system performance."

Here are some guides for those new on How to Block PS4 Firmware Updates, How to Delete Downloaded PS4 Update PUPs that haven't been installed yet, How to Update to a Specific PS4 Firmware and also some PS4 HEN Update Blocker Payloads.
From ChendoChap via PS4 Kernel Build Strings: 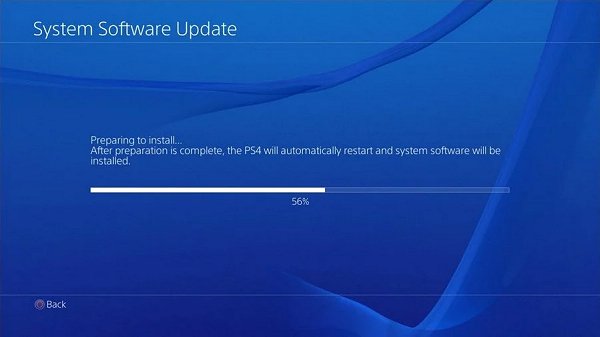 Member
Contributor
Verified
Another one...

Member
Contributor
Verified
sure not updating... ps4 just sitting on my table and dust all over it..

Member
Contributor
Why not update? if you know that there is not going to be hack until the 'death' of PS4?

Senior Member
Contributor
Verified
Obviously nothing is going to be released, why I have no idea? Some type of updated exploit should have come out by now or something that allows us to play higher fw games. The only three reasons I can think of is first is, they don't want to release the firmware because they think there's a chance that $ony servers could be hacked or something.

Second. They don't won't to release it because they could possibly get caught, which I highly doubt.

Third. They just don't want to release it because simply they don't to, again could be wrong. Those are some of my theories, I just hope something comes out soon because I don't care about playing online I just want to play some of the new games.

Member
Contributor
@Knight69 the real reason (posted all over the internet and this site) is because exploit 5.55 STILL WORKS on current firmwares, yes including this one.

While you are technically right with all your reasons, this is by far the main one. They do not have infinite security breaches in the code and according to developers, this is the last one that they know.

If they released it now then that's it, Sony patches it almost instantly and we are forever stuck on firmware 6.72 until a new exploit is found and if THAT were the case they would have released a method a long time ago. Not that they owe us anything to begin with.

Do you not want to play FF7 remake on your exploited console? Because you will either have to update or buy a new one. Pick your poison.