He states the new PlayStation 4 Patch Builder tool makes it both quicker and easier to create / build modded update PKG files for PS4 games than the previous update package methods.

Check out his latest PS4 Patch Builder tutorial video below: 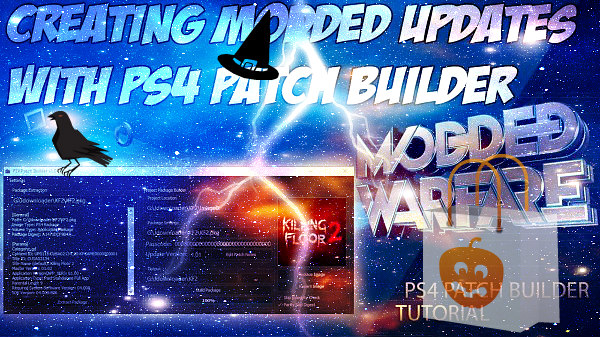 Member
Contributor
Thanks but need some likenet frame work to works? On my win10 process oppening but don't show interface

Senior Member
Contributor
Verified
Anyone know how to resolve the following issue:

Member
Contributor
Hello sir..
Sir Can you help me how to update Ashes cricket game version 1.11 update in 5.05

Member
Contributor
Did you manage to fix this error? I'm having the same with Gran Turismo Sport 1.47

Member
Contributor
Verified
What are the bare minimum files to include in a fake custom patch PKG file in case i only want to modify/replace 1 file in the game?

Obviously the 1 modified file but what else?

Eboot.bin, Param.Sfo, Anything else is a must have to make the patch work?

@Modded Warfare: it would be really great if you can fix this bug with the version number and make it run on Win10 64Bit. These problems are not new... it was already mentioned in comments here and in the youtube video.