Main features in version 7.00 update
*1 Download the latest version of PS4 Second Screen, available from Google Play or the App Store.
*2 Remote Play may not be compatible with every device.
*3 Depending on the device, certain features such as the touch pad and the vibration function may not be available.

Other updated features
* Some features, such as the touch pad and the vibration function, may not be available on the iPhone and iPad.

Download: pleasecomeagain_filesystem-7.00.7z (796.3 MB - PS4 7.00 Decrypted Filesystem and Kernel) / Mirror)
Who leaked/Decrypted them?
Well given that shuffle2 wrote the fail0verflow articles and loves emulators it was most likely his criminal dumb ass. Or it was vpikhur but he cool, so I wouldnt care. Or it was the Save Wizard asswipes, aka Wayne Hughes Beckett - an old employee of Datel, who have the rom.
Download: 100DVK.elf (17.80 MB - 1.00 devkit kernel)

Code:
Thanks to the decryption of firmware 7.00. I received the source code of the PS4 application (NPXS24001). 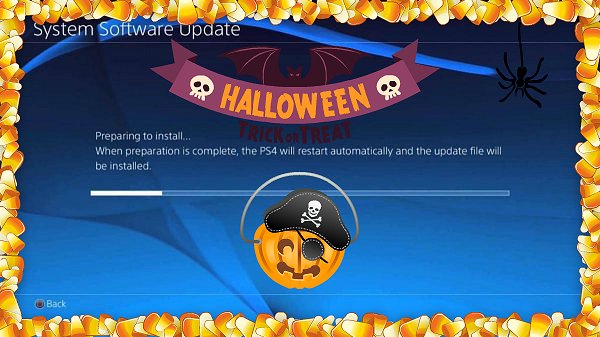 Senior Member
Contributor
Verified
Issue is sure that arrives?? When?

Staff Member
Moderator
Verified
For those who missed it, PlayStation scene devs on a PS4 5.55+ jailbreak... basically they don't have another exploit chain after the private one, so it won't likely surface publicly until the PS4's EOL (end of life) unless someone finds a new exploit, etc.

Member
Contributor
It would be great to at least 5.55 Jailbreak would be out, we are almost at black friday, new consoles will be with this new 7.00 firmware, too bad no new releases after 5.05, emulation on PS4 would develop more and more

Member
Contributor
i think the update does not patch any kexploit's why the kexploit is a 0day.... not unpatchable but MORE difficult to discover it.

Senior Member
Contributor
I think Sony know the exploit but don't want to patch it. So no new exploit come out soon at least when ps5 come out or Sony don't care about it.

Member
Contributor
i disagree, dev don't wait to ps5 for release any exploit's because the ps4 does not die until minimum 6 years.

Member
Contributor
Verified
so its out ! 7 now it is hmmm !

Senior Member
Contributor
Verified
well those posts are around one year old now, so who knows... we have been having so many new fws since then, that sony may have messed up im some of them...

Senior Member
Contributor
@Thien Tran I agree with you because you may be right. The facts are that each exploit was published only after it was patched. That's why sony does nothing with this.