Since the announcement earlier this week via Twitter, PlayStation 4 developer @zecoxao released a proof-of-concept (PoC) guide on playing the Minecraft Trial on a Retail PS4 console.

Additionally, he revealed the next game they're working on is P.T. (many may recall Playable Teaser was also decrypted, extracted and mined by PS4 devs) and even hinted that some people are working on PS4 homebrew also!

To quote from zecoxao: [Tutorial] How to Play Minecraft Trial on your Retail PS4 (POC)

1- Create Folder in data folder named app2 (with ftp payload / fixed ftp payload, binary mode always, NOT ascii)
2- Put in Folder original sce_modules from playroom (encrypted, not modified)
3- Put eboot_plugin in folder
4- Put eboot_dec.bin (from game we want to use, in this case, Minecraft Trial CUSA00265)
5- Put game files and folders (from game we want to use)
6- Reboot to clean memory from previous ftp payload patches
7- Execute kernel_hook payload (Note that this is hitodama).

Code:
8- Run listener to grab logs (nc my.ps4.ip 5088). You should see some logs on it
9- Minimize browser with PS Button
10- Run Playroom. Instead of the usual app, Minecraft Trial version should show up.

Notes:
The next game that we're working on is P.T. Some people are also working on homebrew. Hopefully that'll happen soon, but until then, STOP ASKING!

In the meantime, maybe there'll be a source release on how to do the eboot_plugin "patches". Just be patient.

CUSA00265 Running on PS4 Retail (Minecraft) as Backup
Thanks to @Centrino, @LightningMods, and @MADPYRO21 for the heads-up in the PSXHAX Shoutbox and @raedoob on Discord earlier today! 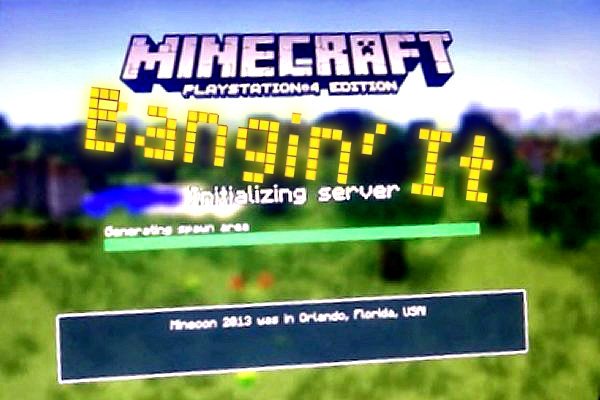 Member
Contributor
I have a 1.76 PS4 and would love to test this method for the greater good of the scene.....

However, extensive google searching indicates that a decrypted Minecraft filesystem does not exist on the internet that I can see.....

Anybody have a link? Or, care to upload for me? Thanks

Developer
Senior Member
Contributor
Verified
There is Silent Hill P.T. with everything out there with a video showing its working.

Senior Member
Contributor
You can decrypt it yourself with zecoxao tutorial.

Senior Member
Contributor
Verified
Video tut step to step. from point 4 and I get lost

Senior Member
Contributor
eboot_dec.bin - You have to decrypt it yourself

game files - if you can, unpack pkg. If not decrypt them from 1.76 ps4 to pendrive

game files - if you can, unpack pkg. If not decrypt them from 1.76 ps4 to pendrive

How decrypt Eboot and How unpack pkg? for eboot true ancestor or? but for unpack pkg some tutorial? Regards

Senior Member
Contributor
There are tutorials for this available, also on this site.

Member
Contributor
can this be done on firmware lower than 1.76?

Staff Member
Moderator
Verified
I replied on it HERE, but if anyone on PS4 Firmware under 1.76 has done it successfully let us know which kernel_hooks you used.